Seussical is a musical theater remix of the Dr. Seuss stories and features of course the Cat in the hat (played by Meg Day), Horton (played by Malcom Tuck), Mayzie (played by Tanya Boyle), JoJo (played by Duncan McDonald), Gertrude (played by Sally Redman) The Bird Girls (played by Adelie Battam, Claire Duffy & Veronica Alonso), and many other popular characters from the books. 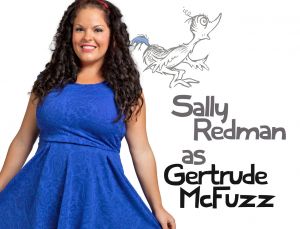 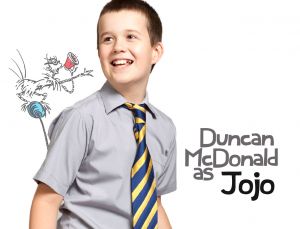 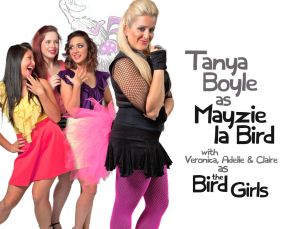 *These promo images were photographed by me under the direction of the director, Kenney Ogilvie who evidently is also a graphic designer, and wanted to edited the pictures to his liking. Not being used to other people editing my pics I reluctantly handed over the original files for him to take care of. I had plenty of other cast portraits to edit anyways so it was definitely a load off my shoulders. As you can see he did a great job too, so I can trust his skills now! 🙂

This was the second musical I had the pleasure of shooting for The Regal’s Musical Society. This time there was a huge cast of around 40 adults and children filling up the stage with charismatic energy. It is a family show with an entertaining story and light-hearted humour, having around 20 children performing really added to a cheery atmosphere.

Kenney Ogilvie (the director) had planned and executed his vision so well. Even making a believer out of me (and no doubt a few others) with his daring all-white stage design. When I initially heard of his plans, I was worried that it would be a bit lackluster, and the actors would really have to perform with conviction to keep the audience engaged. Thankfully the crew knew how to bring it and put on a good show!

The simplistic stage turned out to be sleek, modern and elegant, plus, once lit up by ‘Rod’s sound and lighting services‘, it was a delightful view with a beautiful display of colours and lighting effects against the cast’s colourful and creative clothing designs and the white stage. When the scenes change, the set makes some subtle changes too. On another note, the music production was on point with every show and added to the perfection of the show.

I ended up with over 1200 photos from the shows, only to keep around 400. DVDs for the cast and production team members were also created for their own mementos and perhaps portfolios.

Well done again to Kenney, the production crew, orchestra and the cast for making it a grand spectacle!